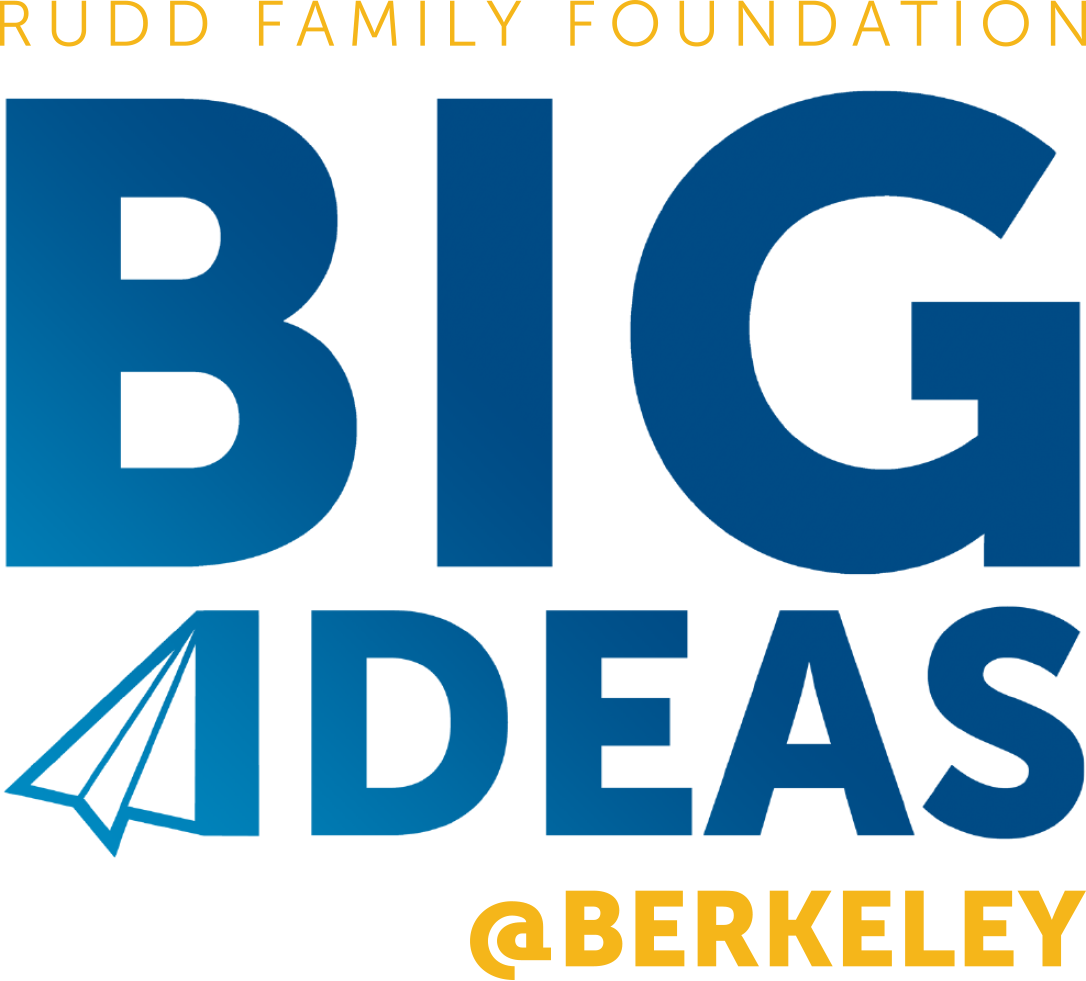 Each year, students at the 10 University of California campuses are invited to submit their ideas for transformative solutions to real-world problems to the Big Ideas contest. Sponsored by the Andrew and Virginia Rudd Family Foundation, Big Ideas provides the winning interdisciplinary teams with training, networks, recognition and funding.

When this year’s six Big Idea finalists were announced on May 27th, 2021, two data-driven projects involving Berkeley students were among them. Each project named as a finalist receives $5,000 to support the team’s work.

The two Berkeley teams are also the recipients of a new special prize, the CDSS Discovery Award, presented by the Division of Computing, Data Science, and Society (CDSS). Jennifer Chayes, Associate Provost for CDSS, decided to create the prizes, which award $10,000 to each team since both finalist projects have strong data science aspects.

“These projects embody the ways data science can make positive and profound changes in society, and we are delighted to give them additional support,” Chayes said. “We support research that advances biomedicine and health care, improves human welfare, and contributes to social justice. These projects align perfectly with CDSS  goals to connect data science with society, and we eagerly await progress updates.”

Blackbook University: Back to the Future 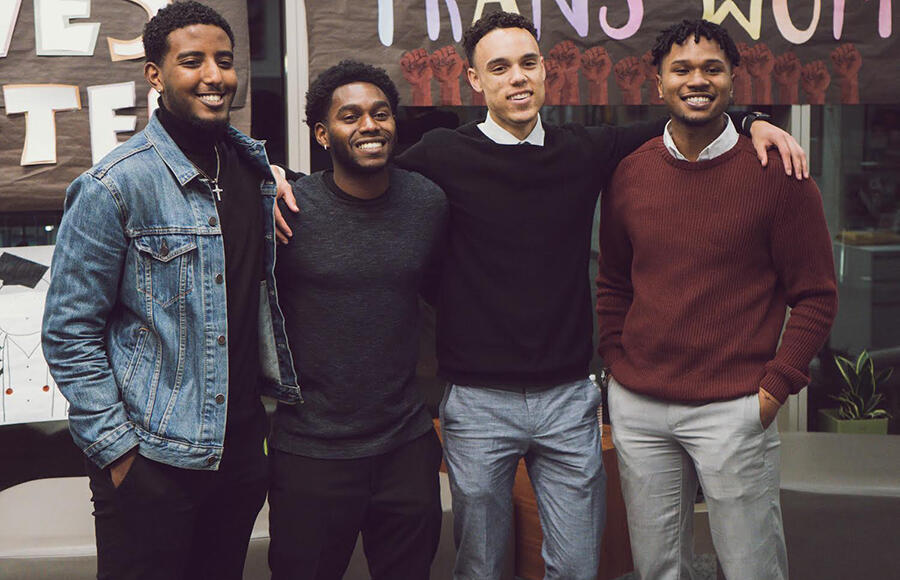 "We are extremely honored and tremendously grateful to be recognized for the CDSS Discovery award,” said project co-founder Ibrahim Balde. “Being an award recipient gives us tremendous inspiration to continue to promote our theory of impact on the Black student experience. This recognition means so much to our work and we hope to continue to center the importance of leveraging data and technology to empower our community."

The seven-member team is developing a platform aimed at reducing racial inequity in both education and employment, noting that a huge gap exists between diversity, equity, and inclusion initiatives and the tech platforms used to support them. Their plan is to develop and then test the platform among Black students, faculty, and staff at Berkeley.

“While many universities across the country promote diversity,” the team writes, “college campuses have been failing to promote success in Black enrollment, retention and job placement.”

The team cites data showing that nationwide Black enrollment at universities dropped 20 percent between 2010-18, and dropped from 5.7 percent to 4.7 percent in the UC system between 1998 and 2019. Black students who enroll are 25 percent less likely to graduate at four-year schools, while at Berkeley the graduation rate is 16 percent lower than their peers.

“The overall low comparative statistics and retention rates are directly linked to the on-campus experience,” the team wrote in their proposal. “For Black students, this experience is one of isolation, struggle, and frustration.”

Team members, who are all Black, have personally experienced these challenges. They cite a report “Public Colleges Are Hindering Black Student Success” by the USC Rossier School of Education that the situation has “earned UC Berkeley a ranking among the worst campuses for Black students in California.”

But it used to be different. “To many, the 1980s at UC Berkeley represented a golden era for Black students. During this time, the Black student population reached record numbers. Given this strong presence, upon enrollment, students were equipped with the African-American Student Handbook dubbed the ‘Black Book.’ This document was a guide of resources, faculty, and organizations that supported student success; highlighting the importance of peer-to-peer connections for Black students,” the team wrote.

The team conducted a survey in 2020, contacting 130 Black students; incoming freshman and transfer students, undergraduates and graduate students. Nearly two-thirds were involved in two or more student organizations, of which 67 percent were Black-led. While such groups can be critical to helping students, that only works if students are aware of them. The platform is designed to help students better understand the resources available to them. In recognition of the power of such a platform, they named their solution Blackbook University.

“Our team has been driven by a self-awareness to bridge the intersection of over 32 Black-led student organizations and their rich legacy of student activism at Berkeley,” they wrote. “Through Blackbook we see tremendous opportunity in providing an inclusive, authentic, and adaptive platform that empowers Black student communities, starting with our home, Berkeley.”

The goal is not to replace or copy existing platforms, but to leverage the best aspects of them to meet the needs of Black students. At the time of submitting their proposal, the team was 90 percent of their way to completion and were debugging the platform. They had also conducted more than 15 promotional campaigns and raised more than $10,000. By partnering with the Black Student Union, Berkeley’s Entrepreneur Association, and Berkeley’s Black Alumni Association, the team delivered one in-person event (pre-COVID), and two virtual events during the pandemic.

interact with non-Black campus communities,” they wrote. “With Blackbook there is tremendous risk in further isolating Black students from the greater campus, this is why our team is working to identify community partners such as Berkeley Entrepreneurship Association and the Educational Opportunity Program to promote direct visibility for valuable opportunities intended for Black students beyond the Black community. To create a lasting impact of inclusion on college campuses, it’s important that Blackbook promotes inclusivity to not only Black-led campus groups, but also other viable resources that could enrich and support their experiences.” 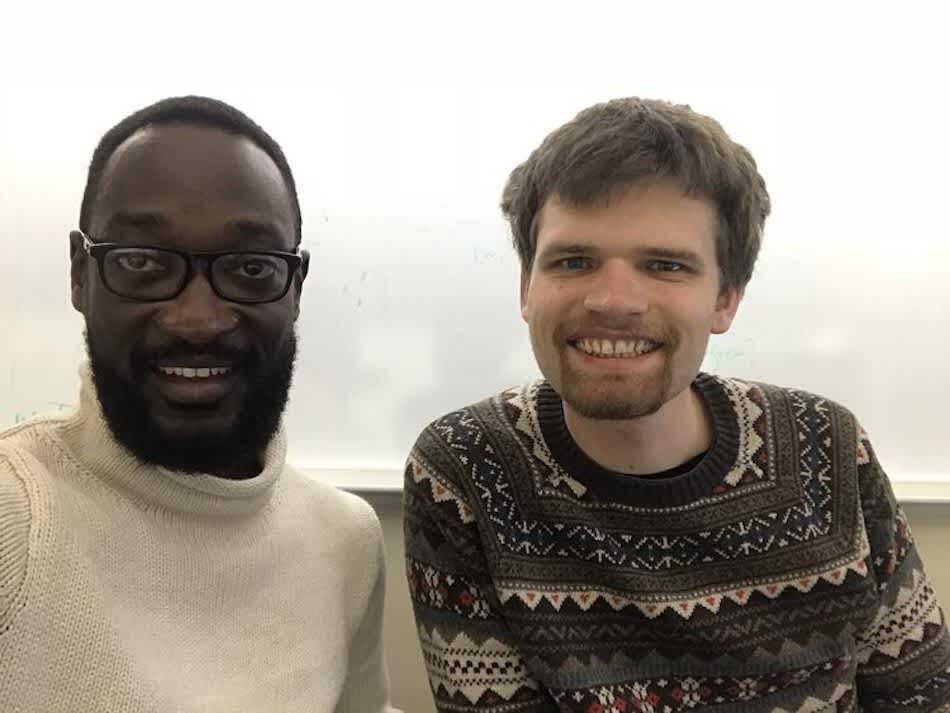 “The entire team at KovaDx is very excited about receiving the CDSS Discovery award,” said Yaw Ansong, the Medical and Hardware Lead for the project. “Considering the fact that our project is computing and data science-heavy, we consider an award from the CDSS as a major endorsement of our hard work. This means a lot to us because it will empower us to gather more data and build better algorithms that will go on to have a positive impact on several million children across the world.”

The KovaDx team is creating a Deep Learning-based diagnostic and monitoring device for sickle cell disease (SCD), a genetic disorder that predominantly affects Black populations and often leads to major health problems and early deaths. But early diagnosis and continued monitoring can save lives and reduce health care costs, the team wrote in their proposal.

Toward this goal, the team has developed and patented a specialized cartridge and microscope system with the goal of reducing the time of getting test results from two days to under one minute, with less need for extensive training. Team members are developing the system with the goal of deploying it around the world, but particularly in Sub-Saharan Africa, where most families cannot afford current diagnostic tests for SCD. As a result, up to 90 percent of those born with the disease -- 500 children every day -- die before their 5th birthday.

The disease causes blood cells under stress to become hard, sticky, and sickle-shaped. This condition can lead to infection, excruciating pain, vision loss, chronic organ damage, stroke, and death. According to the team proposal, “Even in the U.S., where all families are able to afford diagnosis at birth, those living with SCD still have a life expectancy that is 34 years shorter than the average person’s quality-adjusted lifespan.”

“Tens of millions of people carry SCD and 200 million people, including myself, have the gene,” said Yaw Ansong, the team’s medical and hardware lead. Trained as a doctor in Ghana, Ansong is now earning a Ph.D. in bioengineering at Berkeley.

The system developed by the team uses a cartridge and a quantitative phase imaging microscope, both of which have been patented by the team. A small blood sample is placed in the cartridge and flows in a very thin layer. The system allows the microscope to image individual blood cells using computer vision and then pass them through the team’s deep learning models, which are built into the device.

“Our computer vision models were very specifically designed to process this data to determine what kind of SCD someone has if they have SCD, as well as the health of their red blood cells and this can be used to impact clinical decisions,” said Tim Adamson, the software lead. Adamsono is earning his Ph.D. in Computer Science at Yale University and has a strong background in AI and Machine Learning.

The goal for the team is to advance their system to the point where its accuracy is on par with current testing methods. To achieve this, they will need massive amounts of data from diverse patient sources to further train their algorithms. They plan to partner with large teaching hospitals, especially in Africa, where there is greater access to clinical research data in order to ensure that algorithms are run with clinical precision and accuracy.

Ultimately, their goal is to produce a standalone, fully functional device that is portable in a strong case and automated stage for loading samples in cartridges. They intend to develop an integrated offline system to analyze samples in under one minute.

The team plans to do field research to understand practical limitations in low-resource settings, such as limited access to electricity and wireless connectivity, in order to build a device that can function optimally in such environments.

“We plan to sell the devices to hospitals and governments around the world who can implement much-needed newborn screening,” said Strategy and Implementation Lead Song Kim, who has a strong background in human rights law and an MBA from Yale. “With our technology, we believe we can virtually eradicate infant mortality for sickle cell disease.”