Maria Smith: Falling into the Arms of Sociology and Finding a Voice for Social Justice 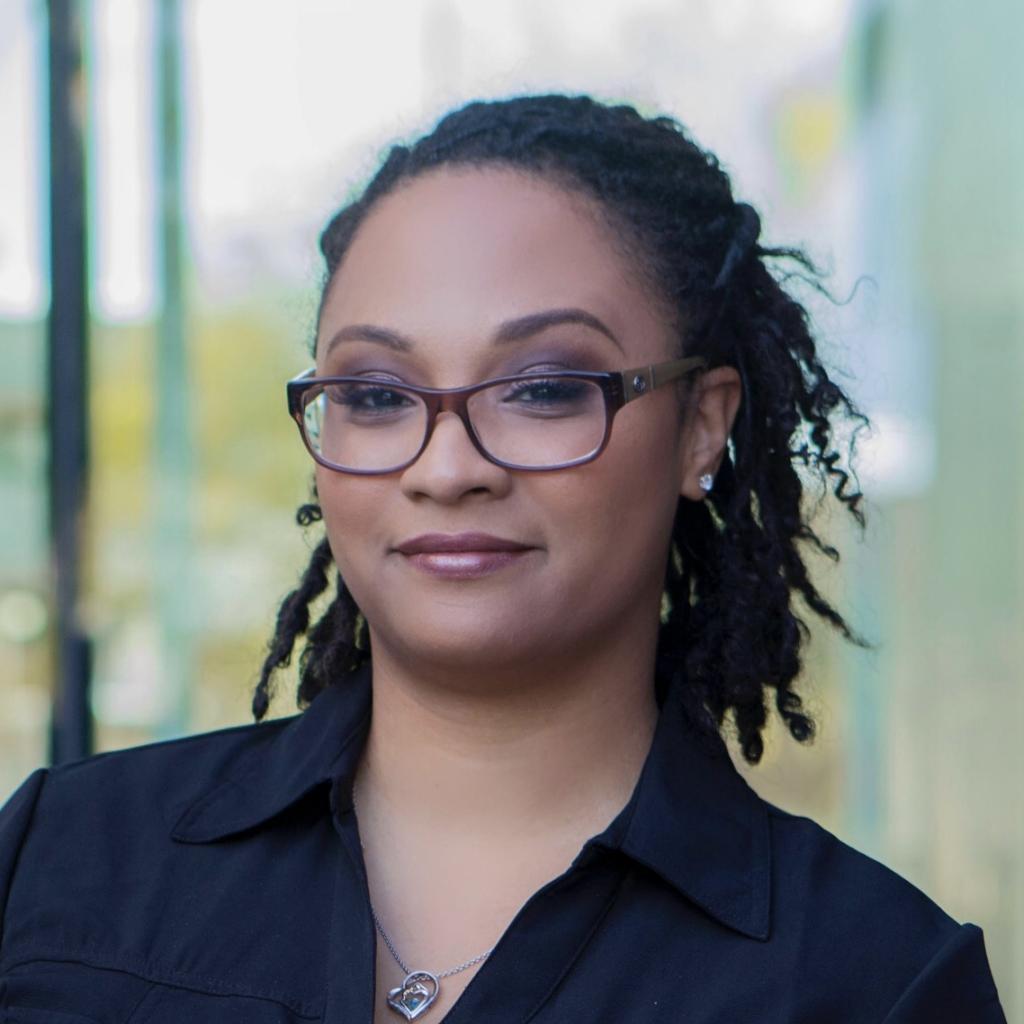 Growing up in Rochester, N.Y., Maria Smith got a close-up look at how the penal system perpetuated racially biased policies and decided to study law so she could make a difference.

Her father, who has since passed away, struggled with addiction and had been incarcerated several times. In fact every male relative on her dad’s side has been incarcerated, “making it almost a rite of passage,” Smith said. Her family lived in poverty, was sometimes homeless and by age 18, Smith had had enough.

She enlisted in the U.S. Air Force and was trained as a paralegal. While stationed in Italy, she helped prosecute fellow airmen for various infractions. Over time, though, she saw how the enlisted airmen were treated differently than officers when it came to discipline. This sentiment was further cemented when she later worked for the U.S. Attorney’s Office in Tucson, Ariz., and learned about the confinement of undocumented immigrants in overcrowded facilities

“The experience taught me I didn’t want to be a lawyer,” Smith said. “Instead, I wanted to critique the system.”

But her time in the Air Force also gave her the financial support she needed to go to college under the GI Bill. Enrolled at a community college in Tucson, she needed to take a social science class and, not wanting to take psychology, she signed up for an Introduction to Sociology course.

“It opened my eyes in a way I had never experienced,” said Smith, now a fourth-year student earning her Ph.D. in sociology at UC Berkeley. Until then, she had thought that the plight of her family members was their own fault, that the consequences they faced were the result of a series of bad decisions.

“Sociology changed my viewpoint from a micro-level individual perspective to a macro-leveled systemic view,” Smith said. “It gave me a better contextual understanding of what happened in my family and in my community -- economically, politically, and socially.”

As a transfer student to the University of Arizona, she took a Sociology of Law course. In the class, Smith read a study by Devah Pager showing not only that previously incarcerated Blacks fare worse in the job market than their white counterparts, but previously incarcerated whites were more successful in getting jobs than Blacks who had never been to prison.

“When I read that study, I knew it was the kind of work I wanted to do,” she said. “This is when I fell into the arms of sociology.”

Systemic racism touched everything, she realized. “The systems are working as they were intended to work,” she said. In her presentation at the Towards Social Justice in the Data Science Classroom workshop on June 15, Smith talked about a property tax assessment system created by the Cook County assessor’s office that for years placed a heavier tax burden on lower-income Blacks than better-off white homeowners in the Chicago area. A 2017 investigation by the Chicago Tribune found that the system was designed that way and has only recently been replaced by a more equitable system.

The workshop, presented by Berkeley’s Human Context and Ethics (HCE) Program in conjunction with the National Pedagogy Workshop, gave teachers resources for bringing issues of social justice to the forefront of data science.

Smith was the first member of her family to attend college; her mom and dad had barely gotten their GEDs. A teenager when Smith was born, her mother later earned her associate’s degree and encouraged her daughter to go to college. “My family looks at me like I am a savior,” she said. “It's a big load on my shoulders.”

In Tucson, Smith transferred to the University of Arizona as a sociology major. There, Professors Jennifer Earl and Jennifer Carlson took Smith under their wings, letting her work on their projects, reviewing her work and helping her apply to graduate school. As a new mother, Smith wasn’t sure she could handle grad school.

“They took my worries and flipped them on their head,” Smith said. “They assured me that being a mom had given me great time-management skills and gave me confidence. To this day, I still reach out to them and let them know what’s going on.”

Having second thoughts, then finding her voice

Although she was accepted at Berkeley, Smith had a tough time making the transition. She would ask herself “Do I belong here?” She was confident in her writing and research skills, but doubt about the soft and more political skills nagged her. “How do you disagree in an academic environment? Do I have the vocabulary to articulate my thoughts? How do I qualify my personal experiences in academic discourse?” She found herself not only taking notes on the lectures but also on how her classmates and professors interacted with one another.

“I had never felt this way -- I excelled in school, but I started questioning whether I was ever really good in school,” Smith said. “I didn’t say a word in class for the first year at Berkeley.”

With support from her advisors David Harding and Marion Fourcade, she began to gain traction. At one of the regular Monday colloquia in the Sociology Department, Smith heard a talk by Ruha Benjamin, a professor in the Department of African American Studies at Princeton University. Benjamin talked about her research on how technology divides and shapes what people see and how they see it, and how it can exacerbate disparities in the criminal justice system.

She also linked up with the HCE program in Berkeley’s Division of Computing, Data Science, and Society and was given an opportunity to teach Data 104: Human Contexts and Ethics of Data. Despite her anxiety, she accepted.

“I found my voice in Data 104. I realized my thoughts, my ideas and my questions were legitimate,” Smith said. “It was the best thing for me and the students were very receptive.”

For her master’s thesis, Smith is using the coding skills she learned as part of her minor in information science and technology at Arizona to study the ethical conceptions of fairness among lay people. Using Twitter data, she interprets public logics and discourse on topics relating to the cultural categories of worth and deservedness. Comparing tweets about the conditions and treatment of incarcerated people to tweets about elderly people in nursing homes during the pandemic, she aims to understand the inclination and rationale toward eugenics, especially during heightened periods of scarcity.

She’s analyzing the data using natural language processing to sort and quantify differences in the data by topic. Smith plans to then hand code a proportion of the results to contextualize the interpretation of the tweets. “I think it’s important to keep people involved in computational analysis,” she said. She hopes to finish her work by the end of the fall semester.

Named a National Science Foundation Research Fellow, Smith will use her fellowship award to study the effects of digital technology on prison populations. Many prisons issue incarcerated people specialized tablets for making phone calls, sending short video messages and providing virtual visits and entertainment. Ostensibly, the prison staff use the devices to monitor and track the activities of the incarcerated. But, Smith said, some prisons are using the data to try to predict violence, the use of contraband and possible collusion by visitors.

“The tablets help improve communication with family and friends and those who are incarcerated want to use them,” Smith said. But unlike in-person visits, which are held in the presence of guards and large signs explaining the rules and restrictions, the tablets have no such warnings, which Smith says make the information sharing and power asymmetrical.

“When we talk about privacy and AI and facial recognition, we often leave out the prison population, but we need to include them and think about the impacts these measures can have on their lives,” Smith said. “Does committing a crime mean you give up all rights of privacy? We created this system and we are in some ways responsible for what happens to them.”

Before she was awarded the NSF fellowship, Smith was a Berkeley Chancellor's Fellow. She helps underrepresented students with data analysis and provides training in statistics and programming. She was also a data science fellow at the D-Lab, which supports Berkeley faculty, staff and students conduct research in data-intensive social science.

“Although we faced a lot of struggles, my family kept working hard to better themselves and others,” Smith said. “I got my strong work ethic from them, as well as my devotion to the community.”