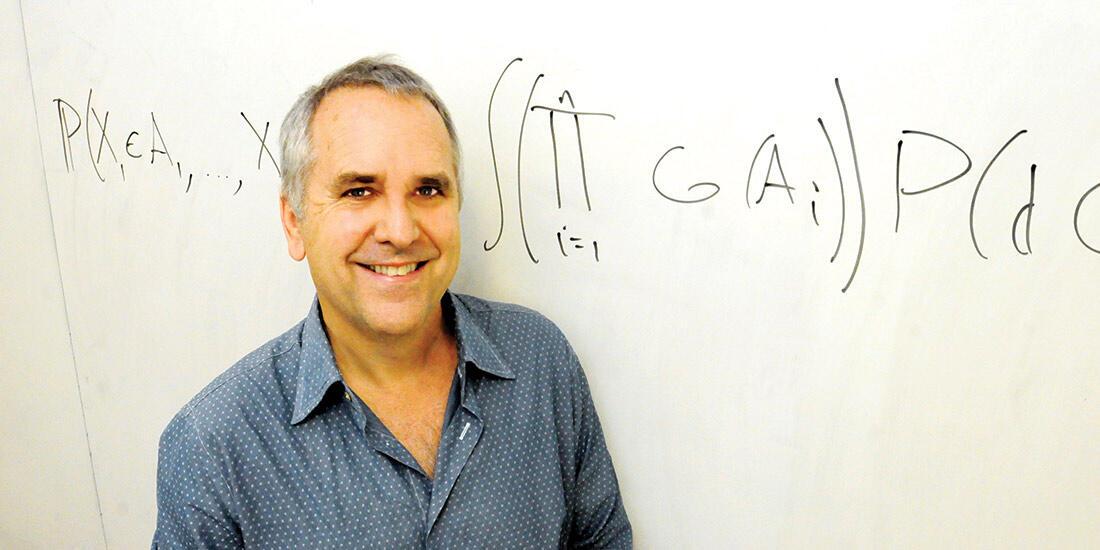 Michael I. Jordan, the Pehong Chen Distinguished Professor in the Department of Electrical Engineering and Computer Science and the Department of Statistics at the University of California, Berkeley, has been named one of 10 Foreign Members to the Royal Society. In all, just 62 scientists from around the world were named Royal Society members this year.

Headquartered in London, the Royal Society is a Fellowship of many of the world's most eminent scientists and is the oldest scientific academy in continuous existence.

“It is my great pleasure to congratulate Mike Jordan for being elected as a Foreign Member of the Royal Society,” wrote Jennifer Chayes, Associate Provost of the Division of Computing, Data Science, and Society, in announcing Jordan’s latest honor. “Mike joins only a handful of distinguished Berkeley faculty members who have received this tremendous honor over the years.”

Jordan is one of the leading figures in machine learning, and in 2016 Science reported him as the world's most influential computer scientist. His research interests bridge the computational, statistical, cognitive and biological sciences, and have focused in recent years on Bayesian nonparametric analysis, probabilistic graphical models, spectral methods, kernel machines and applications to problems in distributed computing systems, natural language processing, signal processing and statistical genetics.

“The global pandemic has demonstrated the continuing importance of scientific thinking and collaboration across borders,” said Sir Adrian Smith, President of the Royal Society, in announcing this year’s Fellows. “Each Fellow and Foreign Member bring their area of scientific expertise to the Royal Society and when combined, this expertise supports the use of science for the benefit of humanity.

“Our new Fellows and Foreign Members are all at the forefronts of their fields from molecular genetics and cancer research to tropical open ecosystems and radar technology. It is an absolute pleasure and honour to have them join us.”

Prof. Jordan is a member of the National Academy of Sciences, the National Academy of Engineering and the American Academy of Arts and Sciences. He is a Fellow of the American Association for the Advancement of Science. He has been named a Neyman Lecturer and a Medallion Lecturer by the Institute of Mathematical Statistics. He received the International Joint Conference on Artificial Intelligence Research Excellence Award in 2016, the David E. Rumelhart Prize in 2015 and the Association for Computing Machinery/Association for the Advancement of Artificial Intelligence ACM/AAAI) Allen Newell Award in 2009. He is a Fellow of the AAAI, ACM, American Statistical Association, Complex Systems Society, Institute of Electrical and Electronics Engineers, Institute of Mathematical Statistics, International Society for Bayesian Analysis, and Society for Industrial and Applied Mathematics.