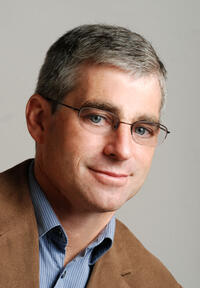 David Culler, the Friesen Professor of Computer Science, Emeritus at UC Berkeley is the recipient of the Berkeley Citation Award -- one of the university's highest honors. Culler was presented with the award during the online commencement ceremony for Data Sciences Undergraduate Studies on Saturday, May 15.

The Berkeley Citation is awarded to a variety of distinguished individuals or organizations, academic or nonacademic, whose contributions to UC Berkeley go beyond the call of duty and whose achievements exceed the standards of excellence in their fields.

In 2014, Culler began laying out ideas for a new academic focus on data and analytics. A year later, he became co-director of Berkeley’s Data Science Planning Initiative and in 2017 he was appointed founding Interim Dean for Data Sciences at UC Berkeley. That program has grown into the Division of Computing, Data Science, and Society (CDSS).

In nominating Culler for the award, Jennifer Chayes, Associate Provost for CDSS, wrote “Professor Culler has provided extraordinary service to the university, paving the way for Berkeley’s unparalleled momentum in advancing computing and data science — at a time when society urgently needs global collaboration and leadership...Professor Culler’s leadership, deep commitment, and consistent engagement with hundreds of faculty across and beyond campus opened doors for the Division of Computing, Data Science, and Society (CDSS) to take shape.”

In a white paper written in 2014, Culler and others laid out a vision for such a program: “Today, we live in an ocean of data, computation is almost free, communication is pervasive, and people are globally and continually connected. The fundamental challenge we now face is how to leverage this flood of data to make better decisions in all aspects of our lives. This process, which we broadly call Analytics, represents an entirely new kind of quantitative reasoning that every educated person, indeed, every person on the planet, increasingly must understand to lead a more productive, successful, and happy life. Our ultimate goal is to create the foundation to transform not only higher education at Berkeley, but also nationally and internationally. Our mission is to educate every Berkeley undergraduate and graduate student in this new discipline, and to distribute this educational approach and content globally.”

Culler, who earned his B.S. in computer science at Berkeley in 1981, joined the faculty in 1989 after earning his Ph.D. at MIT. His early work on high-performance clusters, including the Berkeley Network of Workstations (NOW) Project and PlanetLab, laid foundations for cloud computing. His research on embedded wireless sensor networks, including the invention of TinyOS, shaped the Internet of Things.

“His distinguished career has impressively struck a balance between audacious, game-changing goals and pragmatic paths for measurable success. Always keen to observe ‘the big picture’ and better understand levers, amplifiers, and potential failure modes, Professor Culler approaches problems as opportunities,” Chayes wrote. “From his pioneering research that laid the foundation for modern cloud computing and embedded wireless sensor  networks, to more recent, prescient contributions in energy efficient systems and security, David Culler has undoubtedly advanced the art of the possible from a scientific and intellectual perspective.”

Chayes underscored the importance of Culler’s work by noting that more than 1,000 UC Berkeley students are now declared as data science majors, 1,700+ students are declared as computer science majors, 1,600+ students are enrolled as EECS majors, and nearly one in five of the campus’s 31,000 undergraduate students take a data science course each year. Berkeley also serves as an exemplar, with about 300 institutions joining its annual data science education workshop to learn from CDSS’ open, no-prerequisites Data 8 curriculum, and more than 147,000 participants from 184 countries and regions enrolled in Data 8X online.

“The meteoric growth of computing and data science as a gateway to a brighter future is unlike anything I have seen at any institution in the world,” Chayes wrote.

After retiring from Berkeley last year, Culler joined Google Inc. as a Distinguished Software Engineer. He is a member of the National Academy of Engineering, a fellow of the Association for Computing Machinery and the Institute of Electrical and Electronics Engineers. Culler is the author or co-author of over 270 conference and journal papers, has been awarded 34 patents, and advised 34 Ph.D. students. His engagement and service through campus as well as with the National Science Foundation and National Academy of Science, Engineering and Medicine have accelerated UC Berkeley’s trajectory as a global force for data-enabled societal impact.