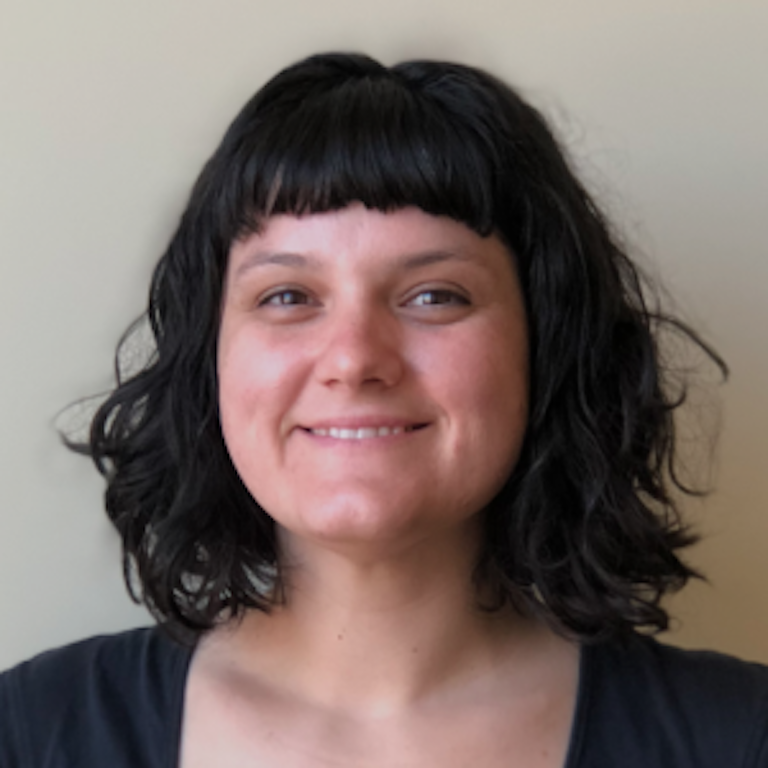 While data trees are a useful method for organizing data, it was a childhood love of trees that led to Ciera Martinez's role as the Biodiversity and Environmental Sciences Lead for BIDS, the Berkeley Institute for Data Science.

As a kid growing up outside of Chicago, she loved trees. Eventually, this led her to earn her Ph.D. in plant biology from UC Davis. While studying the evolution of plant shape, she was forced to learn how to program.

"I was shocked at how much programming expanded my science," Martinez said. "My questions got bigger and my curiosity also expanded.

"I just got obsessed with data and now I can't understand why everyone isn't," she said. "I'm fascinated with how data can deepen an understanding to anything anyone is interested in."

Just as there is a link between her love of trees and her Ph.D., Martinez's first science job at the Chicago's Field Museum of Natural History has led to ongoing work to make the data collected and organized by museums more accessible. As a 2019 Mozilla Open Science Fellow, she connected her love of data and museums and worked on projects aimed at understanding and increasing the usability of biodiversity and natural history museum data.

"What you see when you go to a museum is just about 1 percent of what that museum holds; most of the collection is never seen by the public," Martinez said, but is made available to researchers. "Natural history museums have been at the forefront of digitizing the information about their collections and making that data freely available."

To help the public access and understand the data, Martinez had a group of students majoring in computer science and data science to create a series of tutorials to show people how to explore databases and the science behind them. The tutorials are hosted in the Cabinet of Curiosities, a website co-curated by Martinez and Caryn Johansen. Topics range from plotting wildfires to the interactions between species to dinosaurs of North America.

Martinez has given talks and presented tutorials on data science, to try to instill an understanding and appreciation of the knowledge that can be unlocked and shared using viable data science methods. When she was just learning to program, Martinez herself relied on online materials as data science training programs were almost non-existent at the time.

"I create my talks with empathy in mind--I want to convince people that they are data scientists and that all science is data science," she said. "I want to encourage them to go deeper into data science and feel like I succeed if they want to continue to learn.

"What I hope to hear is a student say 'I never thought I could do this and now I can!'," Martinez said.

Her current focus is on creating a framework for designing and performing data-intensive science from a project management perspective, how to build workflows and how to think about the work and present the results, as described in this paper she co-authored with BIDS scientists Sara Stoudt and Valeri N. Vasquez.

"We really want to come up with a set of best practices for how data science is performed and presented," she said. "There are no defined standards for the broad community, so it's hard to point out bad practices like not explaining, or even hiding, how you did something and just focused on the end result.

"As an open science advocate, I'm frustrated with how hidden so many juicy bits of science are -- we need transparency," Martinez said.

This openness is also behind the design of her personal website, which she created when she was first learning to program. "It's my nod to open science and open education," she added.

“I’m also working with a group of researchers at UC Berkeley and Lawrence Berkeley National Laboratory who are interested in how advances in data science tools can help integrate large amounts of data to fuel a deeper understanding of eco-evolutionary theory and practice,” Martinez said. “I’m especially excited to help coordinate the data management efforts for a recently funded project led by BIDS faculty affiliate George Roderick that uses eDNA to identify and track invasive species on island ecosystems. This funding allows us to take advantage of cutting edge advances in both DNA and data science technologies and apply them in ways never used before in science.”

A rising star
On Sept. 15, 2020, Martinez was named a rising star among 100 of the most inspiring Hispanic/Latinx scientists working in the United States on a list compiled by Cell Mentor.

"It was very unexpected--I learned about it when someone sent me the list," she said. "I'm honored to be on the list, but also saddened in that it's a reminder that we have a long way to go to get more people of color in prominent positions."

In fact, Martinez credits a serendipitous conversation with launching her career. As a first-generation college student, she had attended community college and transferred to a four-year school in Chicago when she met a graduate student.

"I had no idea what graduate school was," she said. "It shows that just one person can completely switch your life around."

The grad student was studying fungus and told Martinez she was getting paid $30,000 a year for her work. "I said, 'You can study fungus as a career?' I was working as a waitress and earning  $20,000 and this sounded pretty good to me."

She joined BIDS as a postdoctoral Data Science Fellow for three years, then joined the staff in July. Though she enjoys her work, especially the work with museums, there is one drawback.

"Now it seems like the only time I get to see any animal or plant species is when I go on a hike," she said.