Jennifer Tour Chayes, Microsoft technical fellow and managing director for Microsoft Research in New England, New York, and Montreal, will become the university’s new Associate Provost for the Division of Data Science and Information and Dean of the School of Information. 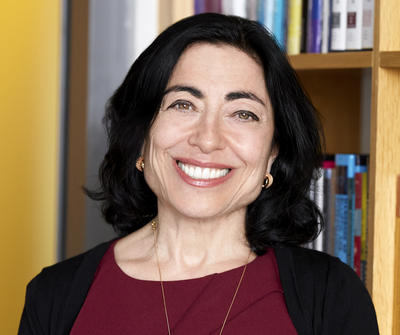 She will be the first permanent leader of the Division of Data Science and Informationsince it was established last fall, and will begin her term on January 1, 2020. Dean of Undergraduate Studies Bob Jacobsen will serve as the division’s interim dean and John Chuang will serve as head of the School of Information for the fall semester.

“Berkeley is celebrating today because in Jennifer Chayes we have recruited a phenomenal leader and world-renowned scholar to join our community and help Berkeley to continue to lead the way in Data Science, Information, and Computing,” said Executive Vice Chancellor and Provost Paul Alivisatos.

“Berkeley has the best faculty in the world, both in the core disciplines of data science, and also the best faculty in all of the disciplines with which data science will interact, and where I believe data science can have a profound effect,” Chayes said. “I've been building multidisciplinary groups my entire career, but I've never been able to do it at the scale that we will be able to do it together at Berkeley. I would love to seed and foster research, teaching, and service at Berkeley in areas that bring people across the campus together.”

A renowned researcher in the field of network science, Chayes is celebrated for her work on models and algorithms that help explain the structure of the Internet, social and economic networks, and networks in computational biology. Outside of her own research, Chayes is an experienced research leader who founded all three of the Microsoft Research labs she currently directs.

“Like Bob Taylor, the manager of the legendary laboratory at Xerox Parc, Jennifer has a long term vision of the opportunities and challenges in computing, and the ability to grow a laboratory of world-class researchers to pursue it. She also has the skill to manage several such labs and to make sure that their results have an impact in the broader world,” said Butler Lampson, a Technical Fellow at Microsoft Corporation and an Adjunct Professor of Computer Science and Electrical Engineering at MIT.

Prior to joining Microsoft Research in 1997, Chayes was a mathematics professor at UCLA for more than a decade. She received her bachelor’s degree in physics and biology from Wesleyan University and her doctoral degree in mathematical physics from Princeton. She is a member of the National Academy of Sciences and the American Academy of Arts and Sciences, and a fellow of the American Association for the Advancement of Science, the Association for Computing Machinery, the American Mathematical Society, and the Fields Institute.

Chayes is also a vocal champion of increasing diversity in STEM fields who has been lauded for her advocacy by organizations like the Anita Borg Institute and Women Entrepreneurs in Science and Technology.

Learn more about Chayes and her work in this Q&A.