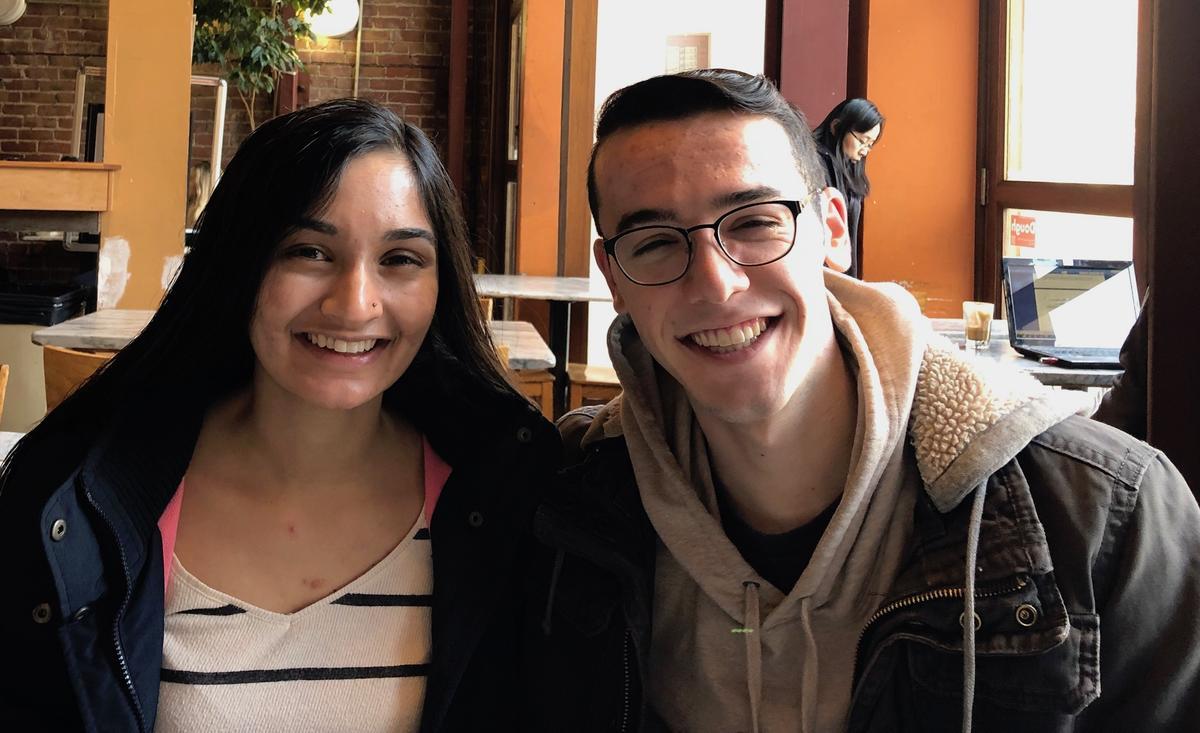 Last semester, UC Berkeley seniors Mansi Shah and Samson Mataraso created a DeCal class to provide their peers with hands-on exposure to the human side of data science. They see the class, “Exploring Data Science & Social Good,” and others like it as opportunities to build understanding around data and its transformative power—for better as well as for worse.

The idea for the DeCal (Democratic Education at Cal) took root when Samson was enrolled in Berkeley’s new course Human Contexts and Ethics of Data (HCE). The course, cross-listed between History and Science & Technology Studies, explores how people, social structures, and practices shape and are shaped by the use of data. The data science major requires students to complete at least one of the Human Contexts and Ethics (HCE) courses taught by faculty across the campus. Samson, who graduated in December, suggests it’s an essential element of a data science education.

“The biggest data companies in the world have grown so quickly that no one has stopped to think about ethics,” he said. Berkeley’s ethics requirement is a great start, he said, noting that “in general there should be a wariness about releasing data scientists into industry with weapons that they don’t yet know how to use.”

“Exploring Data Science & Social Good,” a two-unit class, attracted 15 students from a range of backgrounds and skill levels. The only prerequisite was basic machine learning and coding fluency—a requirement they included, Mansi remarks, “because we wanted to teach students not how to program, but how to use programming to address problems in the world.”

The DeCal had two parts: The first equipped students with technical and ethical skills through a series of lectures. The second entailed developing original projects, including studying the association between ethnicity and housing prices, and creating a method to automatically detect bank fraud. Mansi and Samson discovered that students were able to glean an understanding of the ethical implications of data-driven discovery regardless of their particular project or technical background.

Both students recall an overwhelming excitement around campus as data science courses like Data 8 emerged and the data science major launched. As data science continues to grow at Berkeley, Mansi envisions weaving more social science and humanities modules into existing technical classes. Data science will continue to round out her interdisciplinary education well beyond her graduation this semester. She plans to pursue software engineering, and in doing so, remains both cautious and optimistic about the power of data to disrupt industries and reshape the human-technology interface.

Samson is similarly keen to work within the data science realm; he's currently working at a startup addressing problems in health care and medicine and plans to study computational biology and informatics at the graduate level. He attributes his problem-solving skills to the HCE exposure he got at Berkeley. HCE, he comments, “informed the way I think about problems. I feel a lot more equipped now to use data to help people equitably, and my data science education at Berkeley gave me the tools I need to audit my own work.”