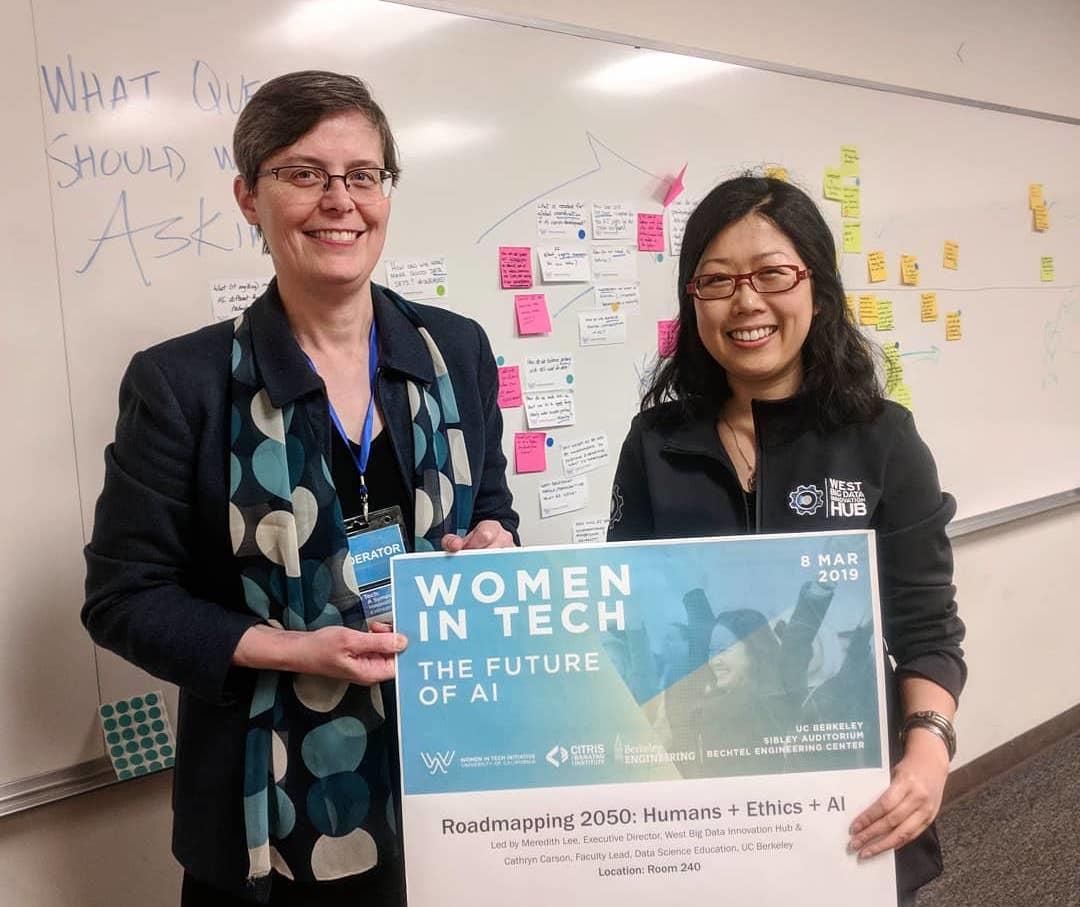 Cathryn Carson of the Division of Data Sciences and Meredith Lee of West Big Data Innovation Hub lead a conversation on ethics in AI.

On Friday March 8, International Women’s Day, women from a range of backgrounds came together for a symposium at UC Berkeley to highlight the experience of women in tech, particularly the growing field of Artificial Intelligence (AI).

The Women in Tech: the Future of AI symposium, hosted by CITRIS and the Banatao Institute, wrapped up Data and Tech for All Week, a series of events across campus focused on increasing inclusivity in data science and technology.

Gathered at the event were a diverse group of attendees, including students, computer scientists, researchers, and lawyers from companies like Salesforce, IBM, Wells Fargo and Google. 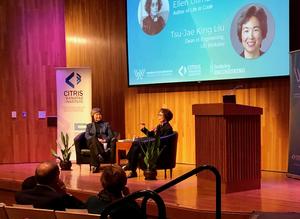 A Fireside Chat between Tsu-Jae King Liu, Dean and Professor at Berkeley’s College of Engineering, and Ellen Ullman, the author of the book Life in Code kicked off the event.  The pair shared their experiences as women in the tech field before opening up to questions from the audience.

Ullman highlighted her unconventional path into the world of computer science, one that she believes is less possible for individuals today. She earned a BA in English at Cornell, and she said she really began considering tech as a career when she got involved in creating videos in college and she realized that she “loved crawling around the floor with cables.”

At the time, she claimed that “anyone who knew what a compiler is got a job,” but now, it’s a little more complicated.

“At some level, to succeed you need a degree,” Ullman said. “I think especially for women, it gives you confidence.”

She believes that her background in the humanities gave her a wider, more questioning view of the world, and that similar perspectives could benefit today’s tech world, which tends to undervalue human interaction.

Liu noted that although the percentage of women graduating with tech degrees has declined since the 1980s, the sheer number of women has increased, in large part due to the rising interest in technology over the last decade. She believes the industry has noticed the importance and benefits of having diversity in the development of technology and values women as part of the workforce. 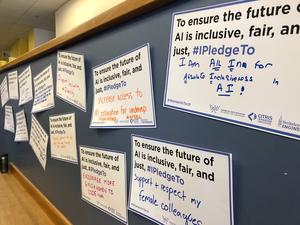 After the conversation, participants joined breakout sessions focusing on topics like networking, fostering inclusivity, entrepreneurship, human ethics, and social good. Cathryn Carson, a Berkeley history professor who teaches Human Contexts and Ethics of Data and also leads the Data Science Education Program, and Meredith Lee, Executive Director of the West Big Data Innovation Hub, led a brainstorm session entitled “Roadmapping 2050: Humans+Ethics+AI.” In the session, participants were encouraged to consider the questions that must be discussed when developing ethical AI practices into the future.

The group was particularly interested in assuring diversity in the creation of AI and understanding what inherent biases come with leaving decision making to a computer program. They created a plan to address these ethical issues that stretched from 2020 to 2050.

The remainder of the day included panels on accountability in AI and the future of AI. Representatives from Wells Fargo, SkyDeck, WITI, Google, Microsoft, and other organizations had the opportunity to share their thoughts with students and tech professionals.

This event ultimately fostered a community of primarily women who were engaged in creating a more diverse and inclusive tech industry. Participants were encouraged to make pledges to continue their work to further the mission of the Women in Tech event and Data for All Week as a whole. 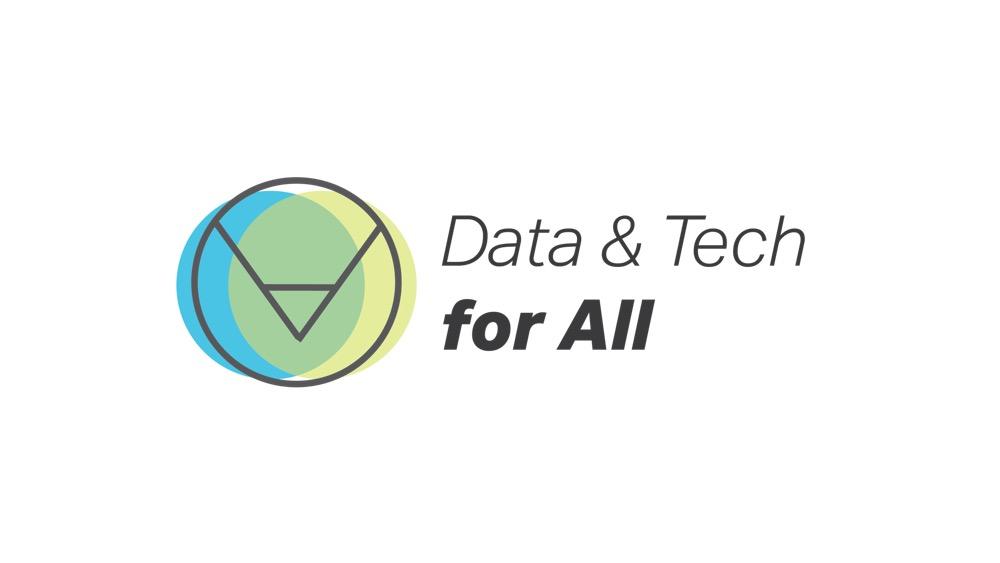