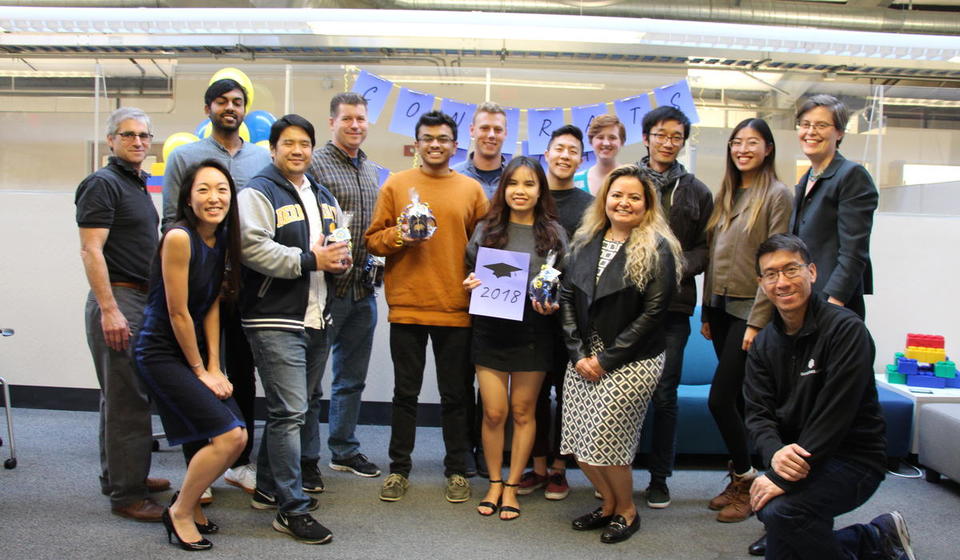 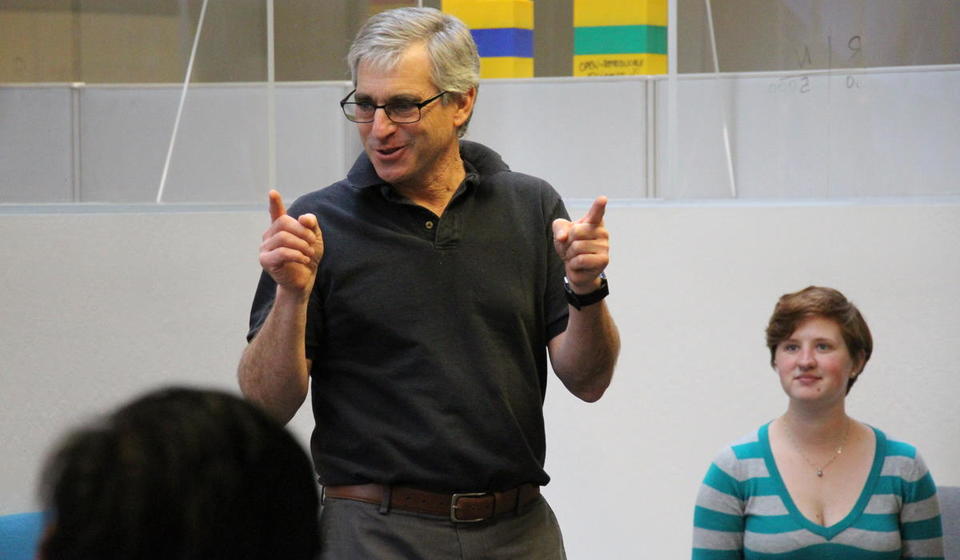 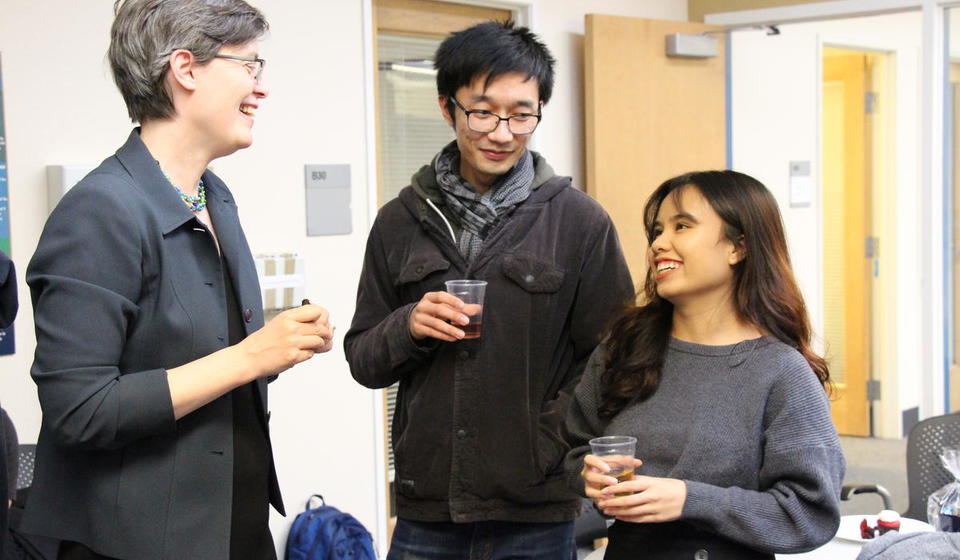 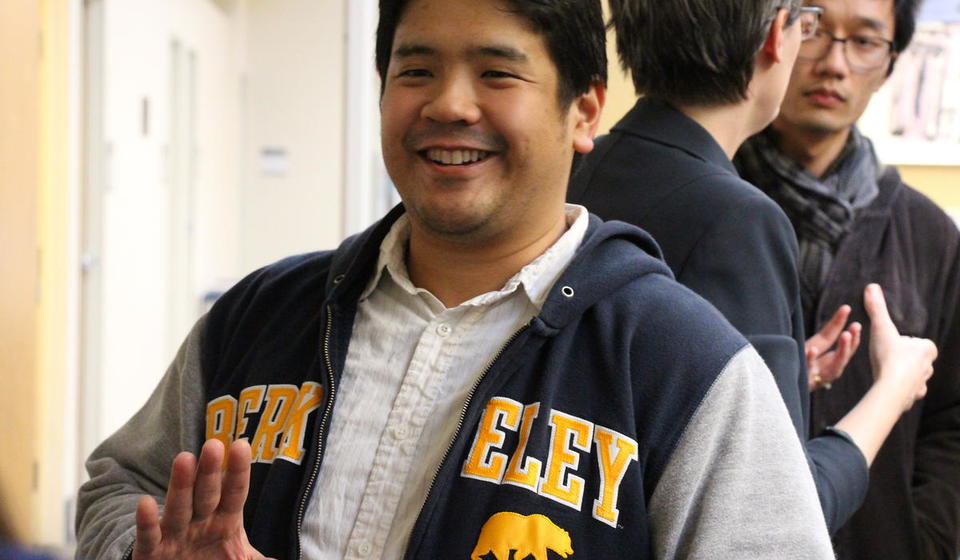 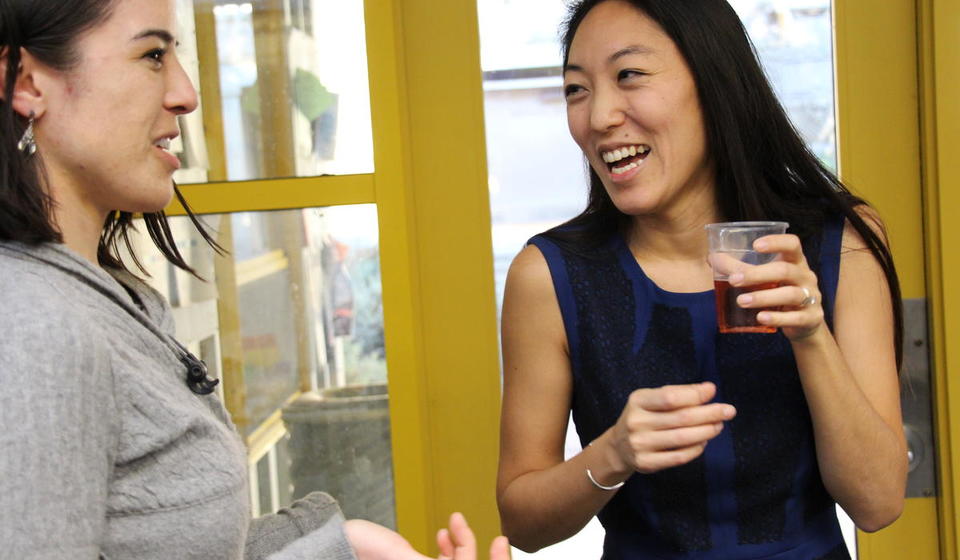 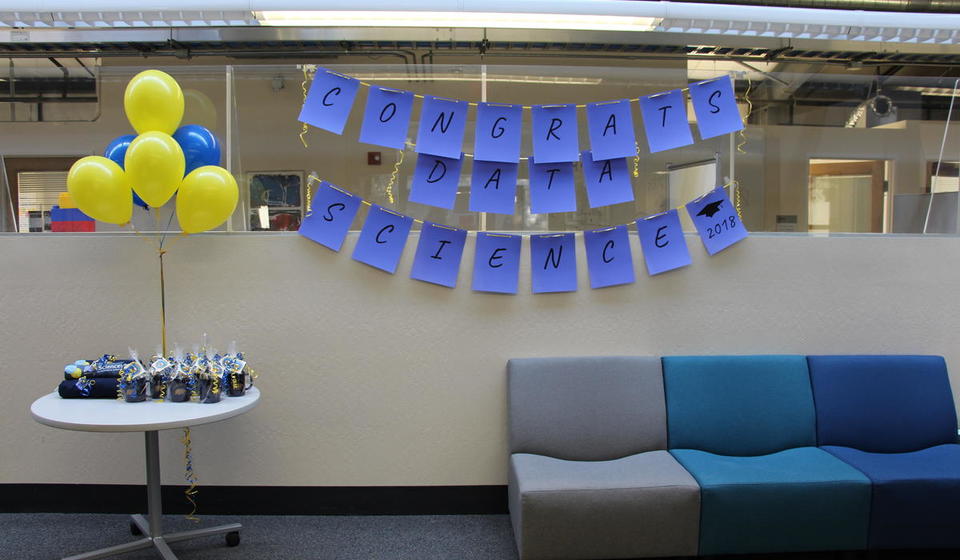 Berkeley’s first data science majors graduate this weekend, breaking ground in a field that was just beginning to take shape when they initially arrived on campus.

In 2014, the University pulled together a task force to respond to surging interest in data science education. Over the next four years, faculty and students from across campus stepped up to create a thriving data science education program, starting with a handful of core offerings and growing to more than 30 courses, a new major, and two dozen “domain emphases,” or areas of specialization.

The data science program offers students from all backgrounds the opportunity to advance their data analytics and computational skills, and then apply them to any field of study. “This interdisciplinary major gives you real, serious scientific foundations,” said program lead Cathryn Carson. “We’re just thrilled that we’ve been able to build this program to serve the students’ needs, and it’s exciting to launch a major that prepares students for jobs in the real world and for critical thinking as educated citizens.”

Berkeley approved the data science major last spring, and over the summer the Division of Data Sciences built an advising team to support students. This fall, when the major opened for students to declare, nearly 1,200 filed pre-declarations. Now, less than 10 weeks later, an initial cohort of students will graduate as data science majors; another 100 are slated to graduate this spring.

In a gathering honoring the first graduates, David Culler, Interim Dean of Data Sciences, said: “I hope you realize just how courageous you are,” noting the new and evolving nature of the field, especially when they first entered. When questions arise about prospects for data science students forging this uncharted path, he said, “We keep saying, ‘Don’t worry: They’re bold and brilliant students and they will figure it out.’”

Nine students will graduate this weekend with a variety of domain emphases, from robotics to social welfare, health, and poverty. A few of their stories follow.

Jeevan Mokkala has been waiting since his freshman year to declare data science. Next August, he’ll start his career as a Data Scientist at Facebook.

My first day in Data 8 as a freshman, Ani Adhikari introduced the major and promised every freshman they’d be able to graduate with it. Since then I just kept my fingers crossed - I was actually undeclared entering my senior year. I just took courses that seemed interesting, mostly in computer science and stats. Fortunately things worked out, and the data science major was released in time.

My favorite part about the major is how broad it is. You have so many options, you never really have to take a course you’re not interested in, especially with all the domain emphases.

As for my favorite class - probably IEOR 142. It’s a machine learning class that has less emphasis on math and more on practical application.

I feel really fortunate that the major was released just in time, and it feels special to be part of a small cohort of inaugural data science majors. The major is quickly becoming one of the most popular at Cal and being one of the first is pretty cool.

For Ting Chih Lin, data science with an emphasis in computational biology, along with a double major in molecular cell biology made perfect sense. This unique combination of studies will help him achieve his ultimate goal of creating a data-driven biotech startup. After graduation, he will be participating in the Insight AI Fellowship program in San Francisco.

I was already planning on pursuing data science in a masters program; however, when I learned about the possibility of data science as a undergraduate degree, I jumped at the opportunity, hoping to get ahead of the trend and also to save some money. I would like to thank Professor [John] DeNero because he was one of the professors who I bothered during office hours even through I wasn't in his class that semester. Because of him, I was able to get an idea of what the major requirements might be so I could take the chance and work towards the major even before it was approved. Now that it's finally becoming reality, I'm really grateful for everyone who helped me along the way and encouraged me to pursue this despite so many uncertainties.

My first feeling is excitement because of all the doors that have now opened because of this major.

I also feel really honored to be the first graduating cohort, but my next feeling is a bit of fear. Because an undergraduate degree in data science is so rare, I definitely raised a lot of eyebrows when telling people that there is a new data science major at Cal. Although faced with initial skepticism, most people are also excited when talking to me about the new opportunities this degree brings.

Kylie Vo, who came to the US from Vietnam at age 16, reflects on how the data science major helped her find her community at Berkeley. After graduation, she plans to take a gap year before applying to graduate school for a master’s in data science.

To be here at Berkeley and graduate with a data science major, I had to suffer through a lot of difficulties. I came to the US. when I was 16 from Vietnam. I did not know what my goals were and I did not even think about who I wanted to be in the future. Language barriers and culture differences prevented me from thinking big. I decided to go to a community college after two years in high school and majored in mathematics, but I still was not sure that was the right major for me. Being able to transfer to UCB gave me a lot of motivation to try harder and figure out what I really wanted to do. After my first semester here, I started to realize that math was not right for me. Doing proofs everyday was no longer fun. I went to talk to a few advisors from different colleges, but I still did not know which major would fit me best.

On my second semester, I wanted to try some other classes outside of the major, and I was really into Data 8. I started to research about data science to learn more about the field. I thought that wasn’t enough, so I decided to study abroad in Hong Kong to learn about machine learning, which is an important part of learning data science. I was able to learn a lot from my PhD supervisor and realized that data science is something that I should do. However, we didn’t have a data science at that time, so I decided to stay for one more semester to be able to declare the major.

I am proud to be the first graduating cohort of data science majors at UC Berkeley.

I think that for the past two years that I have spent at Berkeley, this is first time that really feel like I did something to make myself happy.

I used to think that I did not belong here, and sometimes I thought that I couldn’t try anymore. Now, I am thankful I was able to find my interest and have a much more clear career path in data science.

Alexander Ivanoff, who has been working with the Division of Data Sciences for three years, knew he wanted to study data science from the beginning.

Initially I was a double major in statistics and cognitive science, doing a sort of build-your-own data science major. Once the official DS major came out and a cognition concentration was available, I felt like the school had officially bought into my line of study so I wanted to claim the more official title, especially since I’d worked on the program.

One of my favorite experiences was working with Professor Cathryn Carson. She brings together such a wonderfully diverse group of people but under just the right [conditions] to make it work. She also lectured in my History C182 class and was so insightful, engaging and fun to be around. I’ll truly miss her.

It feels so incredibly special to be part of the first graduating class.

We had a photo of taken and the interim dean, David Culler, suggested it might be one of ‘those photos’ where people go on to do amazing things but can look back to where it all began, and that is a truly special feeling.

STEM has a diversity problem. CDSS wants to help solve it.

Marti Hearst is School of Information’s New Head of School