California’s Eviction Moratorium is Ending. In a Q&A, Tim Thomas Says Data Science Has a Crucial Role in What Comes Next. 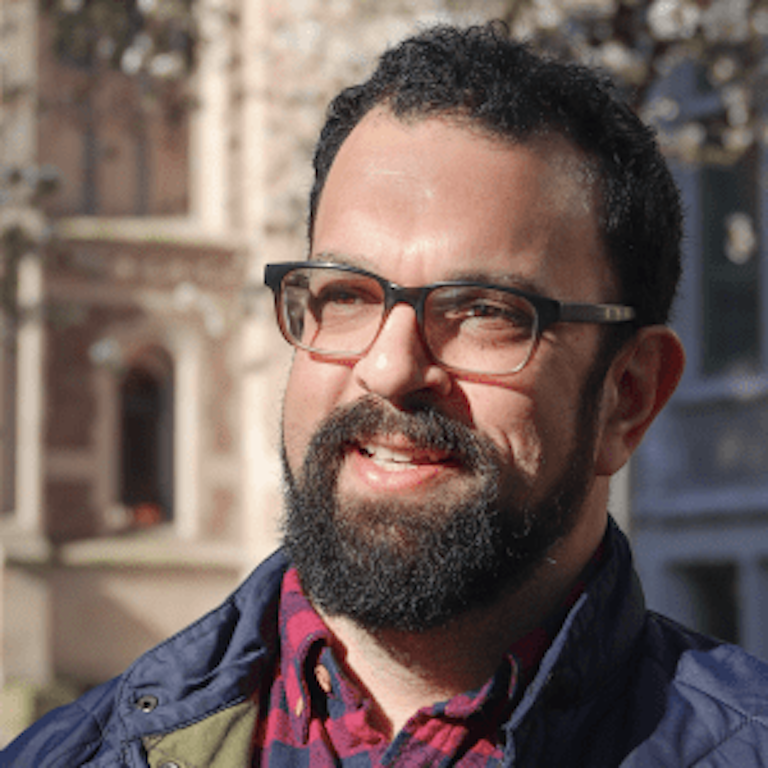 California's eviction moratorium ends September 30. The state says landlords must apply for rental assistance before evicting tenants and some local governments are offering more support for residents. But housing advocates and others are worried about what will happen next.

We spoke with Tim Thomas, research director for UC Berkeley's Institute of Governmental Studies and Center for Community Innovation’s Urban Displacement Project, about who's typically impacted by evictions, what we can expect after the moratorium is lifted, and how data science could provide evidence that evictions are a civil rights issue.

Thomas is also the research training lead for the Berkeley Institute for Data Science's Computational Social Science Training Program and has consulted with the White House on the state of evictions during the pandemic. This Q&A has been edited for length and clarity.

Q: Before the pandemic, what did we know about who was most impacted by evictions?

A: Evictions happen to the most marginalized groups in America. This is in every city that we've looked at. They really fall on the backs of low-income households. But a lot of the research we've done focuses on racial and gender disparities in evictions. There is a massive racial disparity in evictions.

For example, in Washington State and King County, research we’ve done showed that Black women get evicted seven times more than white women — 600% higher than white women rates of eviction. In one county, 18% of the whole Black population over five years were named in an eviction filing. That's one in six Black adults. In California, the racial disparity is not as extreme, but it's a lot higher than white or Latinx or Asian evictions. Latinx tenants tend to be second highest in the eviction process, but the numbers are not nearly as bad as with Black renters. Research shows it happens to women, too, especially with women with children.

Q: How much data is available about evictions in the U.S.? How easy is it to access?

A: Evictions are incredibly important because it impacts the most marginalized, but it's one of the most difficult data to deal with or even get access to. It requires a lot of data science techniques to try and improve these numbers.

The eviction process is very complicated, and it varies by state. What we do know is that trends across states tend to be the same, even with the little data that we have now.

I would say that 30%, maybe 40%, of data out there is accessible, but it's not easy to get. Some is in readable form, but then the rest of the data is very difficult to get. Sometimes the data is kind of hidden within, say, a court record, so it's on a PDF or a piece of paper.

Q: What is the impact of not knowing more or having access to this kind of data?

A: It basically reinforces inequalities that persist under our radar. We’ve known that eviction was a problem, but we never knew to what scale.

Evictions have long-term impacts for the household and the family. It also has generational impacts, where it can impact the children involved. It impacts your credit score. It limits the number of neighborhoods you can move to. All these things greatly increase the risk of homelessness. One in five folks who get an eviction may end up homeless.

Through our research, we've been able to inform policies and make massive changes in certain areas on a local, state and federal level.

Q: After this moratorium ends, what can we expect related to evictions in California?

A: Based on our research, evictions are going to increase drastically in some areas and not so much in other areas.

Take Oakland and San Francisco. You have a lot of tenant protections. You also have a lot of renter assistance and legal representation aimed at helping folks stave off evictions, and they've had massive impacts. During the pandemic, in an analysis we did with KQED on writs of restitution — folks who are locked out, basically — we found Oakland had 11 writs of restitution and San Francisco had 41. In the rest of the Bay Area, there were more than 1,000. What's interesting about that is Oakland and San Francisco have the densest renter populations in the Bay Area, but they had so few evictions during that time. In areas like Contra Costa and San Jose, there were hundreds of lockouts going on at the same time.

It just goes to show that there's going to be a lot of variation when the moratorium ends based on the level of tenant protections established in an area. Historical averages of eviction will likely surpass 100% or more. But it's going to take some time for those levels of eviction to increase, and we don't know how much eviction rental assistance will help slow that down.

What I expect is in areas like San Francisco and Oakland, we'll see lower numbers. But places that have fewer tenant protections or without local moratoriums, we'll see increases within the next two months, if not three to four months. Because landlords have not been filing for eviction because they know they can't win, and there are a lot of people who feel like they are currently not able to pay rent.

Q: What data are you going to be looking for to understand what's happening going forward?

A: Getting up to date data is very difficult. A lot of the data we worked with has been anywhere from six months to several years old. What I'm looking for is, first, relationships with groups and jurisdictions that are willing to share recent data quickly. Then we’ll try to process that as fast as possible based on algorithms and scripts that we've developed.

We’ll try to show it as quickly as possible on dashboards to the public. Those dashboards help inform state and local politicians on what is going on. Even if it's not in their area, but they see that evictions are happening, it influences them to do something about it.

I've spent several years working with legislators and advocates, and I really feel like our role as data scientists is like one of the three legs of a three-legged stool. It's providing information, that evidence-based research, to back up what advocates have been seeing on the ground and encouraging policymakers to push laws forward.

A: Eviction is just one of the multiple components of displacement. We've been working on using data science, machine learning and other tools to estimate, in areas where there's no data on eviction, the risk of eviction. We've been able to isolate variables that predict eviction, and we have applied that to a tool that we call the Housing Precarity Risk Model.

Basically, we mapped 53 metro areas and highlighted the neighborhoods where there’s the highest risk of displacement and eviction. We combined these risks with estimates of 2020 unemployment to create a cumulative score for every census tract or neighborhood in these 53 metro areas.

We always found — every single time — that percent Black is one of the top predictors of eviction no matter what. This variable persists because it represents the historical legacies of segregation that Black households have faced, including redlining and segregation, preventing a majority of them from owning homes, participating in the growth of the middle class, and facing the contemporary struggle of gentrification and displacement in their communities. We threw hundreds of variables at this model and it always chose variables related to historical legacies of inequality.

Q: What does that indicate?

A: The issue of eviction is nothing new when you're thinking about the research on segregation or on poverty. It’s a reflection of the United States’ discrimination in Fair Housing Act policies back in the 1930s and 1960s, the effects of gentrification and everything down to policing and health disparities. Eviction is tied to these legacies that produced massive inequality.

So, studying eviction is incredibly important. It’s about trying to understand racial and gender inequality. One of the projects I hope to do is to show that eviction is a civil rights issue and lay that argument out in the plainest form possible. I'm trying to find legal scholars that would be willing to work with me on that.

What's interesting is that data science was necessary to get to this point, to show this massive inequality. The numbers don't lie, and people love numbers. It's important to try and develop these tools to unmask these inequalities that have been going on for centuries.