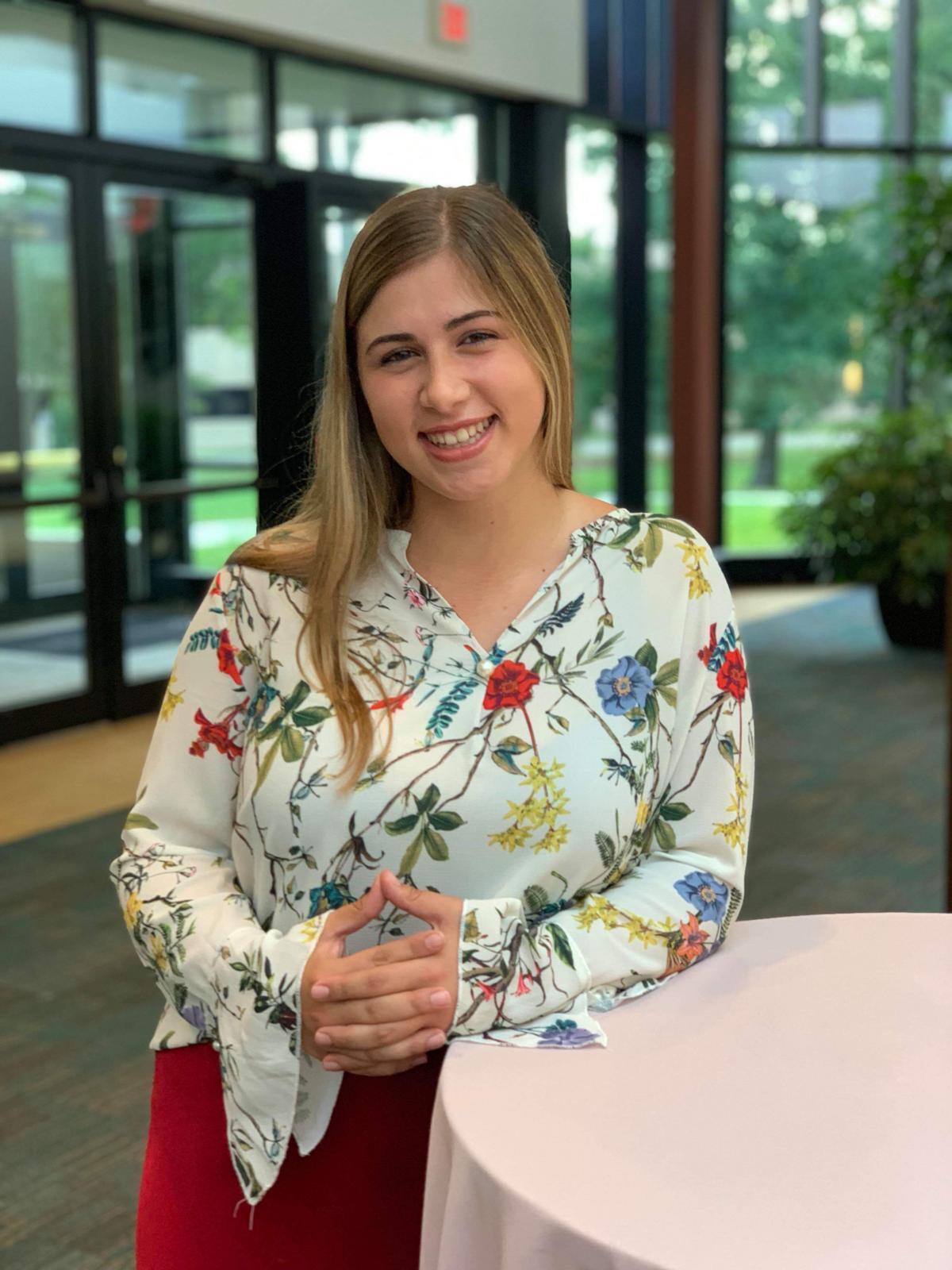 Almost as soon as Elda Pere saw the term “data science” in UC Berkeley’s online course catalog, she knew it would be her career.

In joining this field, Pere could combine her associates degree in mathematics with her passion for storytelling. She could also use technology to help alleviate poverty in countries like Albania, where she’d spent most of her childhood. But picking her major was the easy part.

“There was no clear path,” said Pere, a first-generation college graduate who transferred from Bergen Community College in Paramus, N.J. Coming to Berkeley from out of state, “there were no types of course transfer websites that I could look up. No person that could guide me through it. But also in terms of data science -- the word was not in my vocabulary before. Having a math degree helped. But I wish I had known that I should have also taken more computer science classes.”

Pere is not alone. Many community college students transferring into four-year schools face similar challenges. At Berkeley, the relatively new Data Science Undergraduate Studies program is working to smooth this pathway for transfers interested in data science as a major and field.

Successfully attracting and retaining these students is important. If the program succeeds, it gives non-traditional students access to a high-paying, highly-desired career, increasing economic mobility. It could also increase diversity in the major and the field, ultimately helping companies make better products and decisions.

“If we can make sure that transfer students can succeed and thrive in our major, then they will bring to Cal the diversity that comes from community colleges,” said Eric Van Dusen, outreach and tech lead for the Data Science Undergraduate Studies program. “We want data science to be a pathway for people from underrepresented and low-income backgrounds to access the engine of middle-class mobility that we know that UC is.”

About 95 percent of transfer students admitted to Berkeley in 2021 attended community college, with 37 percent identifying as Black, Chicano, Latino or American Indian. Roughly 31 percent of the freshman class admitted the same year were from those groups. About 53 percent of Berkeley transfers admitted were first-generation college students compared to 35 percent of freshmen.

About 50 transfers declared their intent to major in data science when they started at Berkeley in 2020 and 2021, respectively, said Amanda Dillon, a data science advisor for the program. More join the major later in their time at Berkeley. Fifty-five of the 178 undergraduate data science majors expected to graduate this semester are transfer students, she said.

Transferring into a four-year-old major as a pathway into a relatively new field can be difficult. Many classes are only a few years old, meaning most community college students can’t transfer in those credits. Much like Pere, most don’t have access to data science courses at all and may not know the field exists before attending Berkeley.

This means students coming in as juniors need to start by taking lower division technical courses, ones most data science-focused students who started at Berkeley as freshman have already completed, Dillon said. Some students find it almost impossible to graduate in four semesters, if that's their goal, and struggle to find time to participate in extracurriculars like study abroad or internships, she said.

“The class challenge actually has a domino effect,” said Dillon. “You could argue that at some level, those are challenges to all transfer students. But because of the course load and the way that the students’ courses are structured, it becomes even more challenging for data science transfers because there is no easy semester to plug those kinds of experiences into.”

Berkeley’s data science program is already working to fix what, in many cases, are systemic problems to the community college transfer experience. The program left its major uncapped. Instead of students competing against each other for a spot, they can access this kind of education as long as they complete the course requirements.

Dillon also put in place a transfer mentor program for the major in 2020. This program, based on one Dillon co-created for undergraduate physics major transfers in 2017, helps these students build community in the major and allows them to learn from past transfer students and faculty.

“When I heard about what was going on with data science -- it was a brand new major -- I thought, how cool would it be to plug this kind of thing in at the inception, at the very beginning,” Dillon said. “We just knew that these challenges, being a transfer student in data science particularly, existed and that we needed to figure out how to smooth that transition.”

The program is also supporting community colleges and others through their California Data Science Education Alliance in creating their own versions of Data 8, one of the gateway data science class requirements for the major.

This will reduce some of the course crunch for students transferring into the major from community colleges. It’s also expanding awareness of the field, even if students transfer to other schools.

So far, at least 34 community colleges, universities and other schools from across the globe have taught or are scheduled to teach their own class based on Data 8. Berkeley has approved courses at four community colleges in California for articulation and wants to further streamline this process.

“Currently, it's a one-to-one process for a community college offering Data 8 to articulate at a single UC. You have to send a single syllabus through and get approved one-to-one each time,” Van Dusen said. “We're interested in what we can do to help those schools adopt a common curriculum. Can we make that easier?”

Many of the schools that have expressed interest are ones that teach especially diverse student bodies. At least nine of them have student bodies that are a quarter or more Hispanic or Latino, while another school is a historically Black college or university.

This is already diversifying interest in the field. At El Camino College in Torrance, Calif., Black students made up 13 percent of its first Data 8 class, the same share of the community college on the whole, said Solomon Russell, a professor of computer science there. That was a milestone the college hadn’t achieved in other computer science courses, he said.

Russell felt so strongly his students should have access to this field that he taught himself data science in order to create and teach the course at the community college. Just like segregation limited Black people’s access to swimming pools and now Black people drown at significantly higher rates than white people, the actions we take now about access to the data science field matters, he said.

“The inclusiveness of the policies that we make hopefully will not keep people stuck in the shallow end of the job market in the future,” said Russell, who was one of three professors to put the Data 8 class together at El Camino. “I think that's really important for our students.”