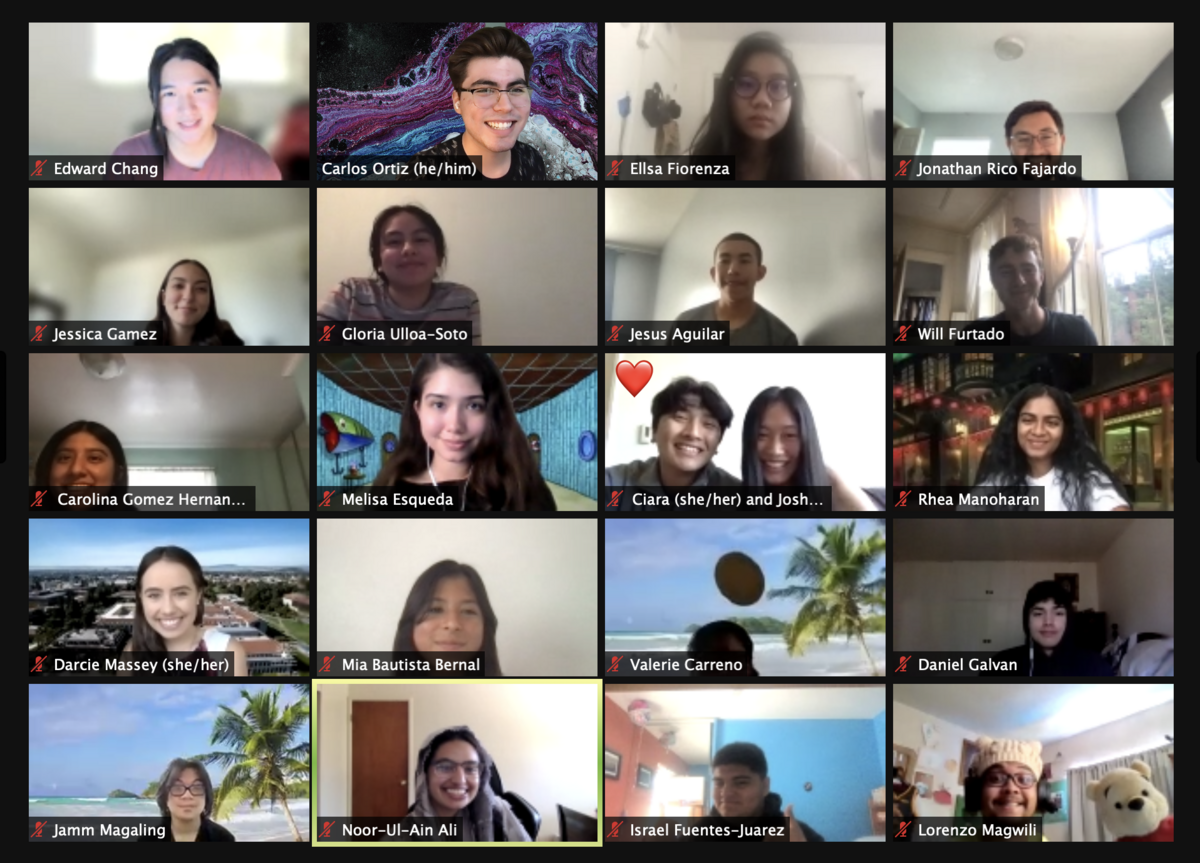 Many of this year’s 23 interns entered the program with negative experiences in math and computing and no coding expertise, facilitators said. By the end of the internship, students were teaching each other data science skills and using them to investigate societal issues including COVID-19.

“Their confidence definitely shifted,” said Noor-Ul-Ain Ali, a UC Berkeley data science major and a BUDS associate group facilitator. “They came out with a lot more skills related to data science methods and how to apply them, a community of people that want them to succeed,and the knowledge that their experiences and cultural capital have a place in data science.”

During the five-week internship that started in June, interns learned about data science concepts and tools taught at the college level. They finished the program by choosing datasets, conducting data analyses and presenting their findings to their peers.

Interns examined whether soccer referees are more likely to give red cards to darker skinned players; what Spotify playlists were most popular; what role race plays in the relationship between pollution and asthma; and whether a county’s access to healthcare affects its number of COVID-19 cases.

BUDS 2021 was a success, participants said.

Israel Fuentes-Juárez, an intern, explained that BUDS increased his confidence in his learning abilities and data skills. He started the program with no coding experience and had struggled with math in the past. After learning about and using data tools to explore COVID-19 data, he believes data science will be vital in his health sciences studies when he attends college.

“I am glad that the BUDS program redefined my understanding of data science. I now know that data science is much more than data tables,” Fuentes-Juárez said. “Data science is crucial in our modern world, and finding ways to secure, protect and use such data will be beneficial.”

The program was meaningful to the UC Berkeley student facilitators, too.

Some facilitators wanted to work on BUDS because they saw themselves in the interns. Ali and Ortiz said their identities have not been widely represented in data science, but they wanted to learn and succeed in that space. They wanted to show the interns what’s possible.

The program opened up new possibilities for facilitators, too. Ortiz said leading BUDS has made him rethink his initial aversion to teaching high school.

“Now that I actually taught high schoolers, they completely blew my mind,” said Ortiz, who is a data science major. “They're so smart, so passionate. They truly care about everything happening in the world and how data science could impact it. Maybe teaching is for me.”

Nolan expects that BUDS will continue to grow and evolve in 2022 if the program secures funding. They’re interested in expanding the program to accept first-time interns from a local public high school, she said. And they may bring some past interns back for a second summer, too.