The UC Berkeley Data Science Class of 2020 has officially graduated! There are so many reasons to be proud of this brilliant, diverse group — 331 students graduated this spring with a degree in Data Science, of which 143 were double majors, and 40% of the graduates were women. The number of women graduating with a Data Science degree continues to increase with each graduating class. The Data Science Major and Minor were formed during the Class of 2020’s journey at Cal. They experienced first-hand the surge of enthusiasm for data science, both at UC Berkeley and worldwide. During a time of such uncertainty, careful and competent data analysis is now more important than ever, and these graduates are more than capable of making a brighter, datafied world.

Just as there is a diversity of students in the major, there is even greater diversity in the stories that each graduate shares about their path in data science. 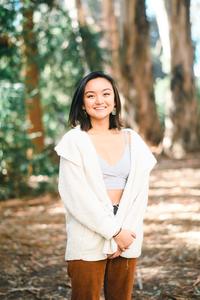 “Since 4th grade, I've loved language learning. However, in the absence of a general ‘language learning’ major, I looked for related fields and found Natural Language Processing. Despite not having a Data Science major at the time that I started, I was hopeful Berkeley would release one. Plus, access to one of the strongest CS and Linguistics departments in the world was good enough for me. Freshman year, I met with John DeNero to ask about his work on Google Translate and any advice he had for me seeking out NLP. Sophomore year, I sat in on NLP lectures despite having almost no prereqs (prerequisites), and much of the material going over my head. Junior year, I declared DS when the major finally opened and took my first linguistics classes. Now, I'm graduating and set to be an NLP Engineer full-time. I'm excited to keep learning.” 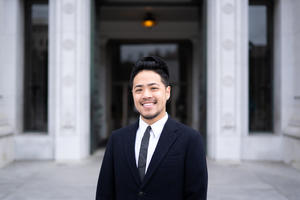 “I picked Data Science as my major after bouncing between Computer Science and Molecular Cell Biology my first two years at Cal. But after Organic Chemistry scarred me for life, I realized that Data Science was a perfect fit for me with its interdisciplinary nature, requiring expert problem-solving solving skills from many fields of study. One of my favorite Data Science memories was taking Data 100 where I met many of my department friends! The course really empowered me and made me feel like I actually could help make a difference in the world. This Fall, I was admitted into the Class of 2021 Masters in Data Science program through the School of Information, so my next year is going to be spent learning more about a subject I love at a school I call home.” 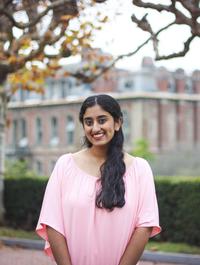 “I came into Cal just hoping to pursue a major in Computer Science, but after taking Data 8 during my sophomore year I realized how much I enjoyed Data Science and knew that I would want to minor in it, once the minor was officially announced. However, after taking Data 100 and learning about the new Data Science Major, I decided to pursue a double major in CS and Data Science because I knew I could still complete the required course work in my four years (although I knew it would be tough), and because I really wanted to explore Data Science a lot more, along with Computer Science. Then I joined Data Science Society at Berkeley during my junior year and was thrilled to be on the Academic Development committee where I was able to teach workshops in various Data Science concepts from Python and Pandas, to SQL and R. For my domain emphasis I also chose to purposefully choose a less technical emphasis, Inequalities in Society, because I believe that learning about society and the world around us also really helps us identify what problems are out there that need to be solved. I also am currently a peer advisor for the Division of Data Science, where I am lucky to be able to share my experience with the major and advise other students to help them successfully navigate through their time here at Cal as a Data Science major.” After graduation, Janani will work as a Software Engineer at Pinterest.

Congratulations to the Class of 2020!